inspired by jackie at art4moi, i made the leap and started soul journaling this week. miss independent, i-do-my-own-thing is harrumphing in the background, but i'm ignoring her. 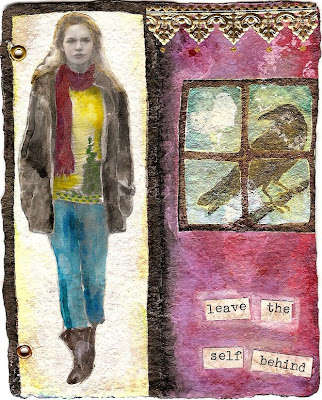 before i started following sarah's prompts, i did this little piece on st. armand paper. 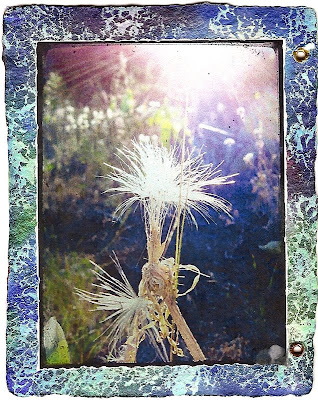 the back side... from now on i'm going to stick photographs on the back side of paintings instead of doing a painting on each side. i like the mixture of paintings and photos. although now that i'm doing the soul journaling, i don't know how that'll work out. 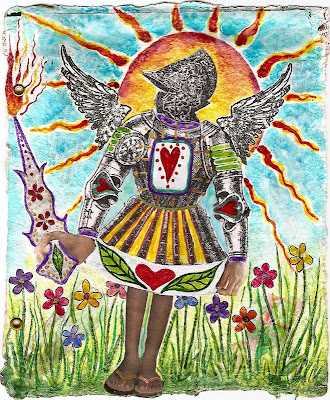 sarah's first prompt was to create our 'soul armour'. as you can see, peace and love are all i need for protection -- except for that little bit of flame coming out of the sword. i'm wearing flip flops because the thought of having my feet inside armour just gives me the shivers. my toes like to be out and breathing until they're forced inside a pair of uggs in late october. 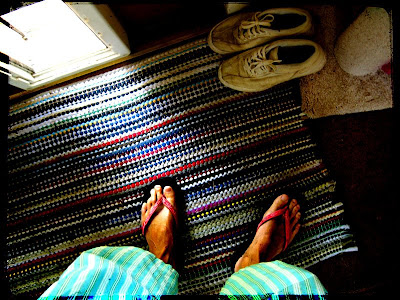 my pajama bottoms and this year's pair of reefs. a nice, new pinkish color. okay, okay, sometimes i do wear those tennis shoes when i go out hiking. 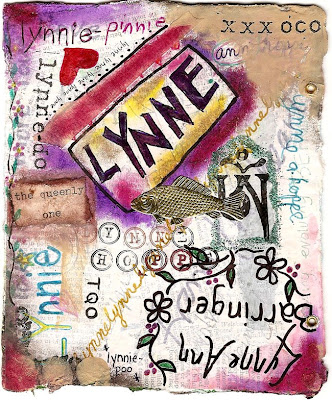 the page where we were supposed to write our name a bunch of times. i was amazed at how many nicknames i've had over the years. they just kept popping into my head.

the next 'assignment' was to cut out a bunch of pictures following her prompts. since i'm putting this in the journal i'm working on, i had to figure out a way to get all of those pics on one sheet of paper. so i taped three pieces of fabriano artistico paper together with masking tape (of course), leaving enough room between the sheets for them to fold easily, which made an accordian page.

i still have to add a piece on one end for the eyelets... without that it won't fold back on itself entirely once it's bound. 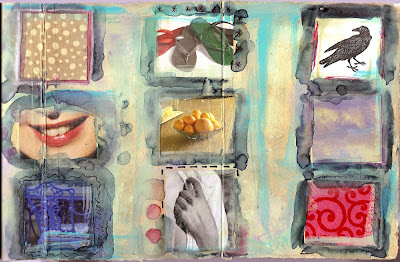 a closer look, taken with the scanner. we were supposed to follow prompts for putting specific kinds of borders around the images, and writing words, but miss independent took over here. i think i just didn't have enough room for them either. what i did was sit in my chair in the creek while scribbling lines around each image with watersoluble pens. then i dipped my fingers in the creek and smudged them around. most of the 'smudgedness' is from a black, crayola wide tip marker. i love it!!! that smile... yes, that's ingrid bergman. 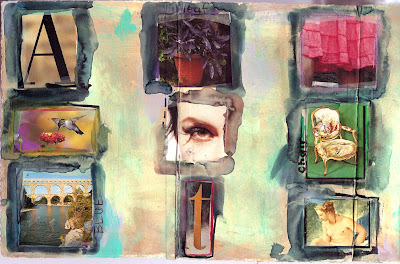 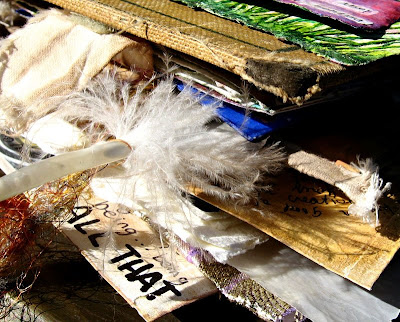 you're going to get tired of pics of 'the book' from this angle, but i can't seem to help myself! the part of me that grabs the camera when it sees something picture-worthy just takes over! 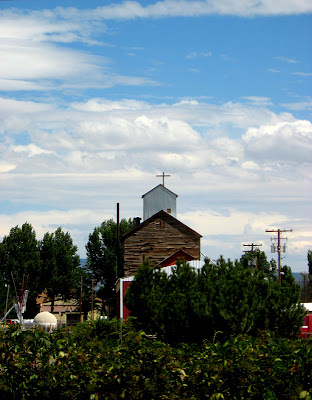 now we're in alturas two days ago (time traveling : ). this is the feed supply store, taken from the gas station. 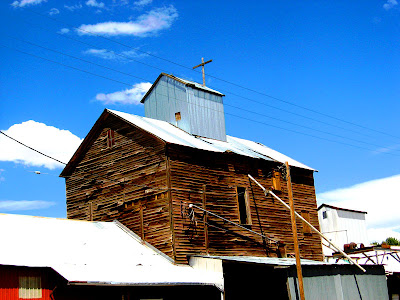 we're closer now because jim's inside checking out their cat food. i love this building! no, the sky wasn't quite that intense... i PSed it. but it was pretty dang blue. 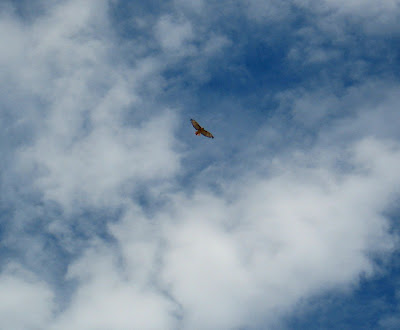 and while i was taking pics of the top of the building, this hawk appeared... 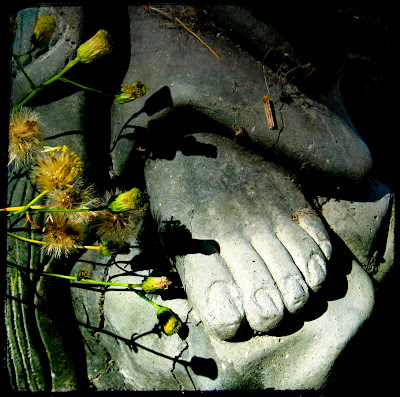 one last shot... avaloketishvara's foot, taken yesterday morning. i was thinking how nice her toenails would be in this photo if they were reddish.
Posted by lynne h at 10:02 AM