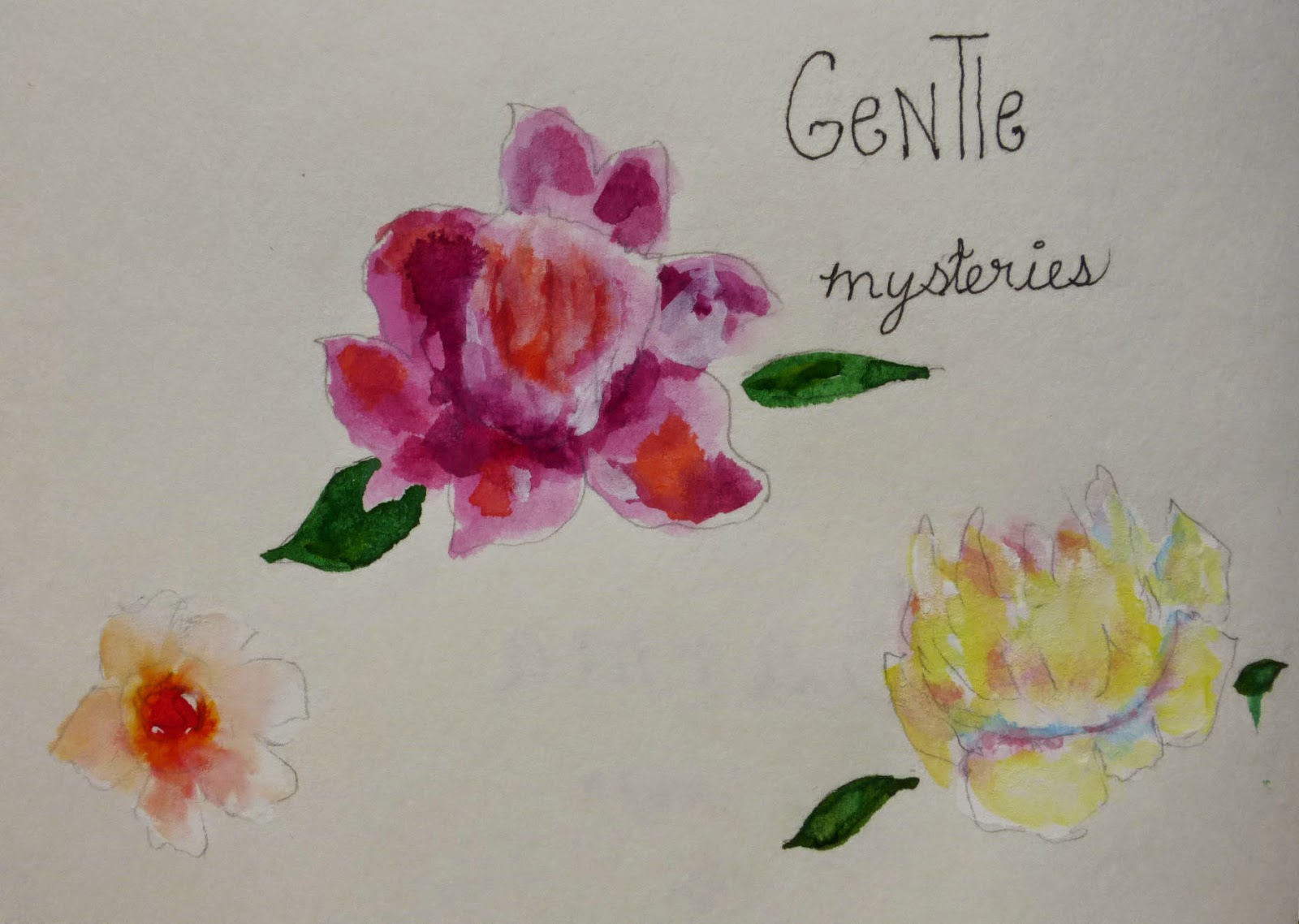 i've been delinquent, but i must post now because tomorrow i leave for a five week trip to virginia.  if i don't post now it'll be may before i do!    that's just too long! 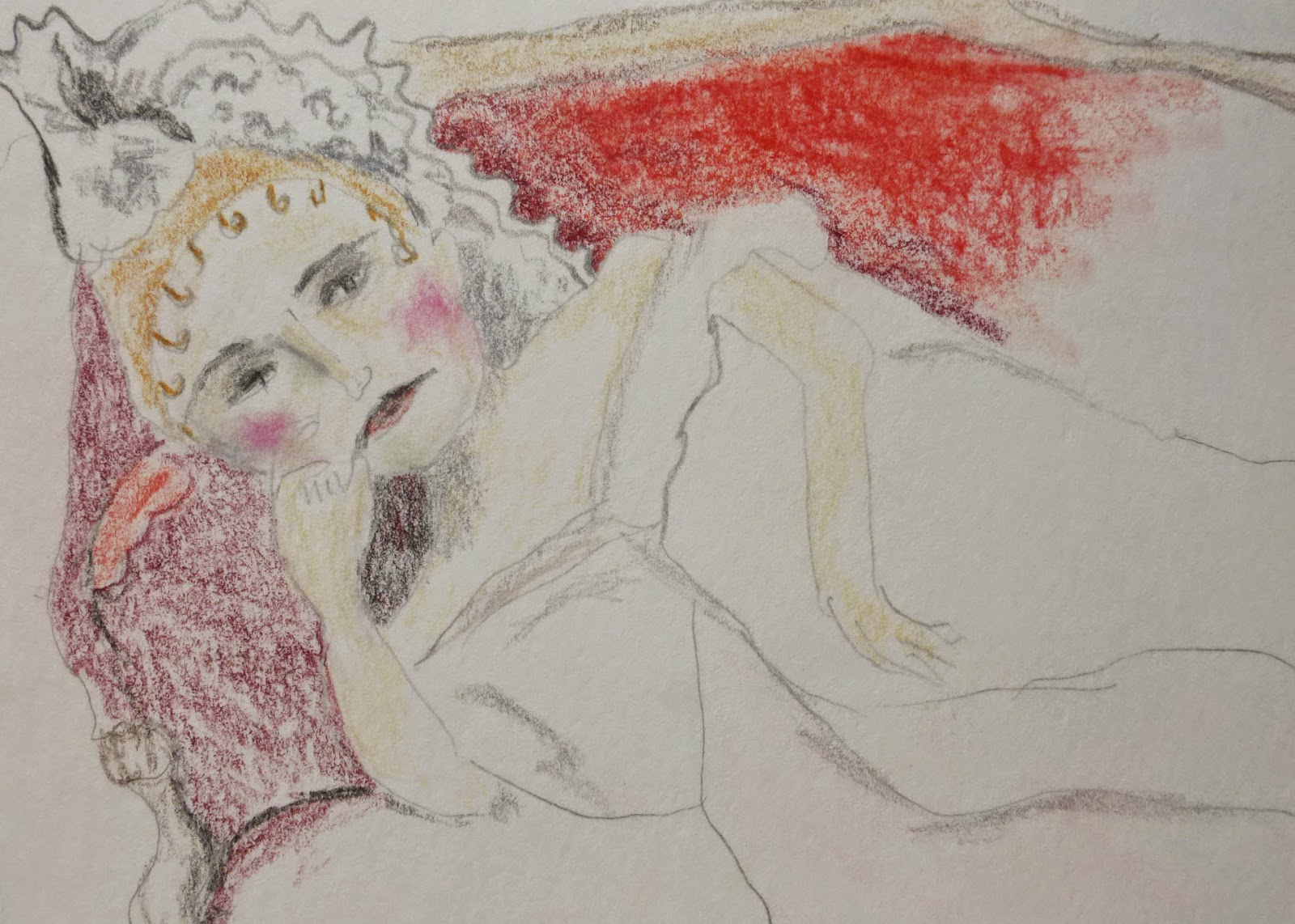 after a maira kalman painting in 'my favorite things' ~ colored pencil and pencil in hahnemuhle sketchbook, 4" x 6"

my arm has healed beautifully, that's not why i haven't posted.  partly it's been laziness, and partly it's been a lack of anything to show.   i felt like the woman in the drawing above; everything i did left me uninspired.  it felt old, boring, bleh...   i tried a lot of different papers and a lot of different books, and everything i did in them felt bleh.

then a few things happened.  i read this post by julie ford oliver and what she described felt so much like what i was in the middle of that i better just knowing i wasn't alone.    i saw the flower paintings of bari j. and instantly felt "YES!" inside.  and last but not least, another post by julie ford oliver showing a watercolor painting in a moleskine sketchbook, which i've always thought of as the worst possible books for watercolors.  but hey, it was obviously time to shake things up so i painted in an old one and loved it.  it was the first thing i'd done in months that truly made me happy inside. 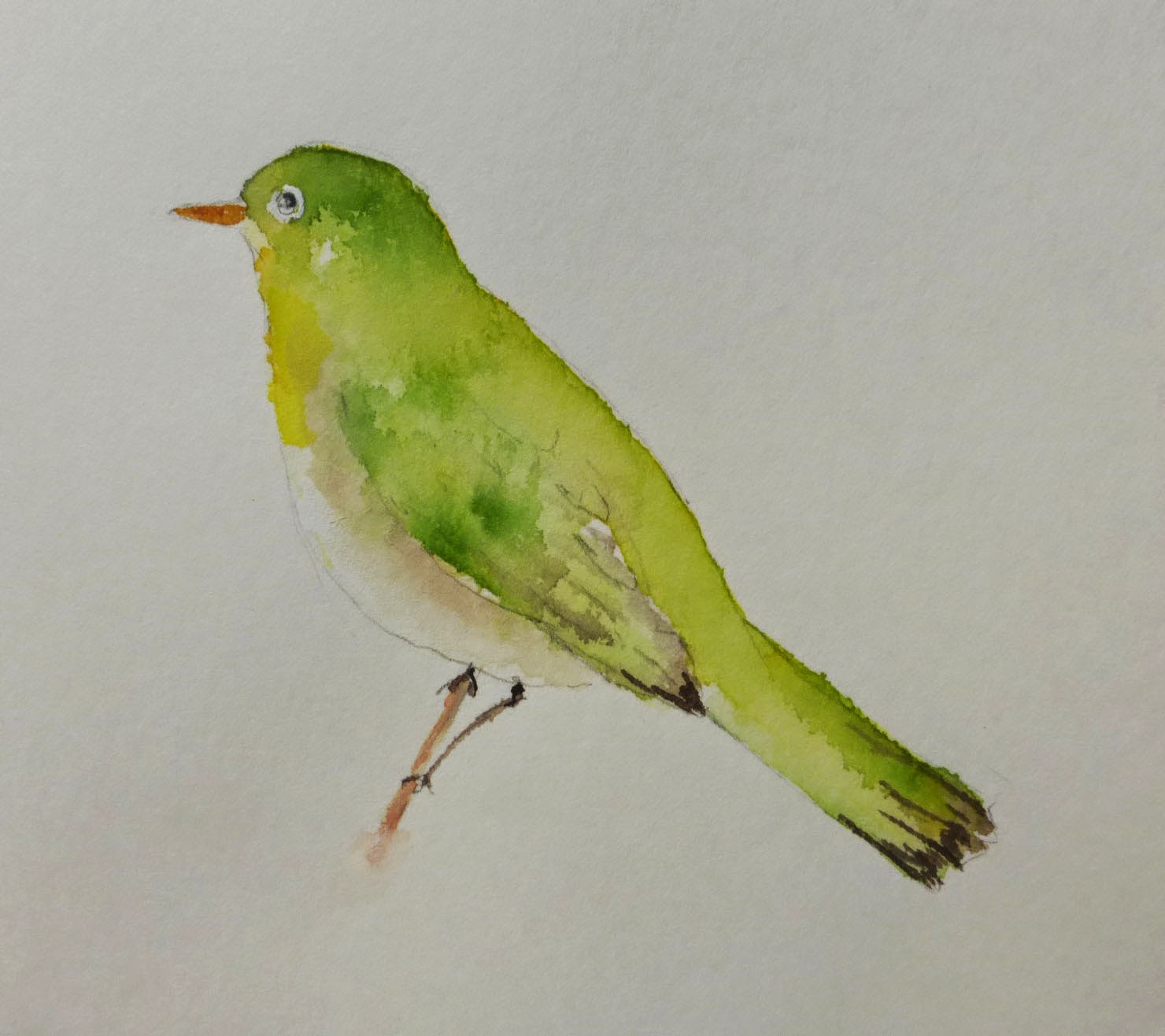 since then i've been painting gleefully...  this bird and the painting at the top of the post were done in a hahnemuhle sketchbook that i got in february - and quickly decided was no good for watercolors (but fantastic for pencil).   now i think that watercolors (especially gansai tambi watercolors) are gorgeous in it.

looking back it feels like i was in a maze, taking lots of turns that i thought would lead to soulful paintings, but were instead dead ends.  it was very frustrating and i'm glad i'm out of it... 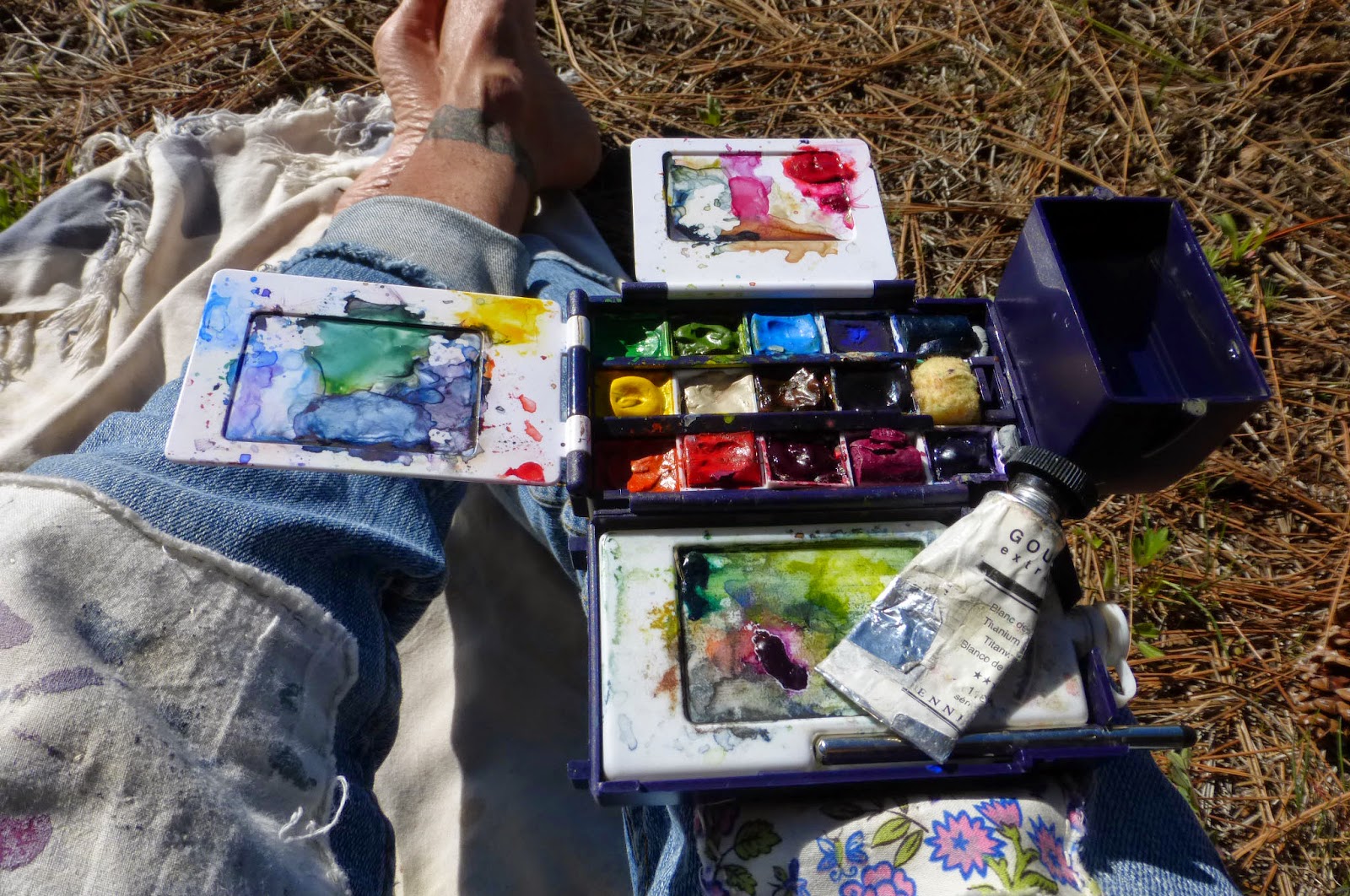 one of the things that i'm gonna do in virginia (besides visit my family) is go on a long hike on the appalachian trail.  i've been walking *a lot* lately to get ready for it.  i'll be taking a sketchbook for sure, and this paint set which is (most) affectionately known as The Badass Paint Set.  i took the cotman paints out and put in my own choices...  also a small tube of white gouache. 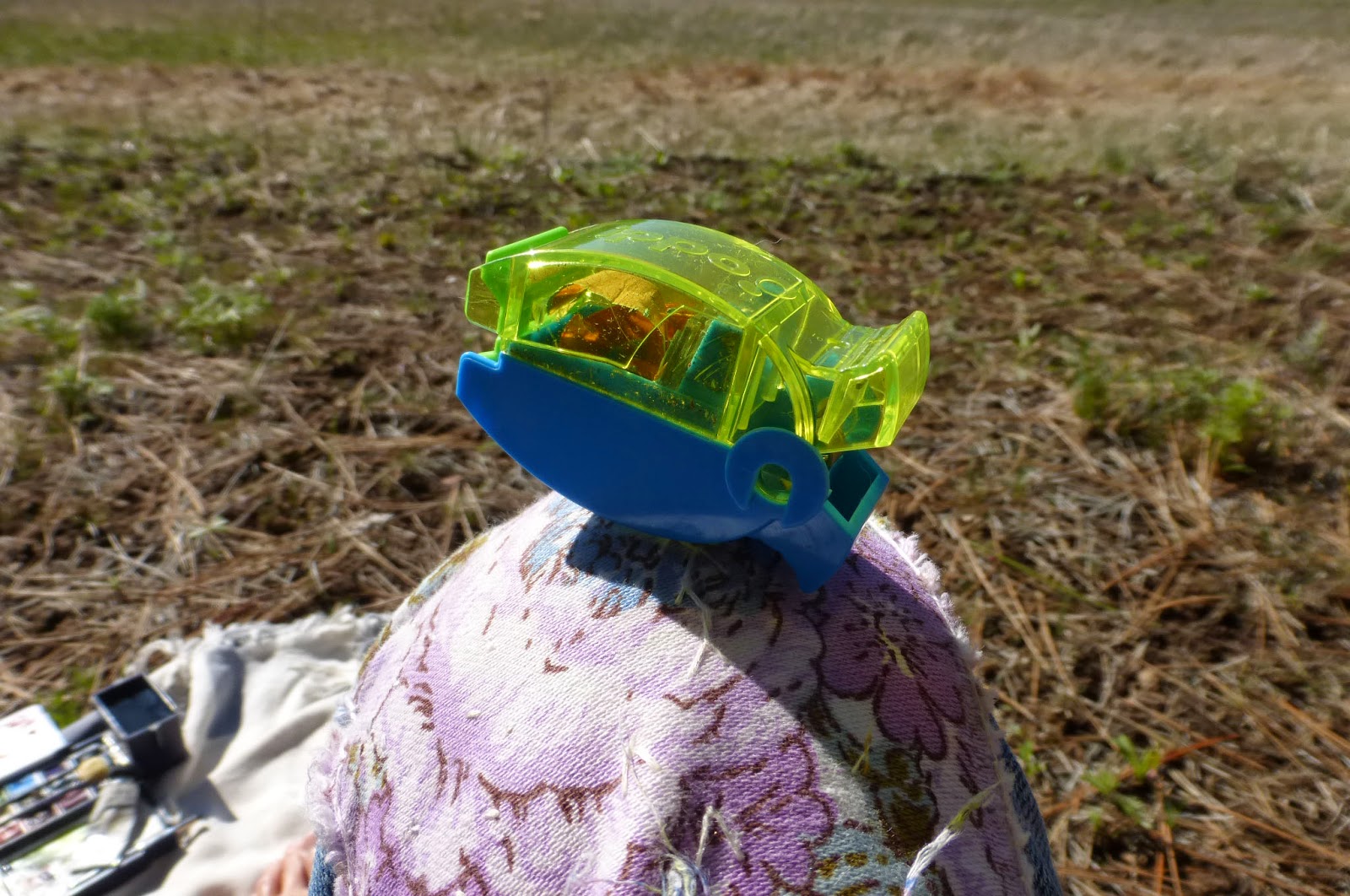 and now on to things that i've been wanting to tell you about!   this pencil sharpener for starters!  it's the best...  i know, i know, i've recommended other sharpeners before, but this one's better!

legion paper company sells samplers of many kinds of paper - watercolor, book, digital, drawing, etc...  you can order them here.

the best list of journals, sketchbooks and visual diaries ever, here!  thank you, beverley!

“A journal is like marriage. The certain way to be wrong is to think that you control it.”