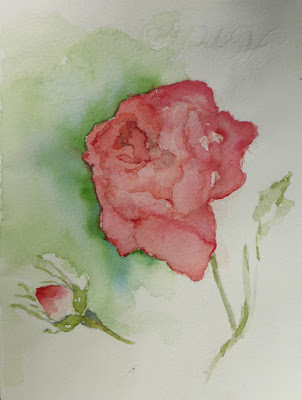 i decided to practice painting roses realistically before proceeding with painting them loosely.  i wonder if you can paint flowers - or anything - loosely without understanding its basic form?   i think you have to know what something really *looks* like before you can paint it realistically or loosely.

what do you think? 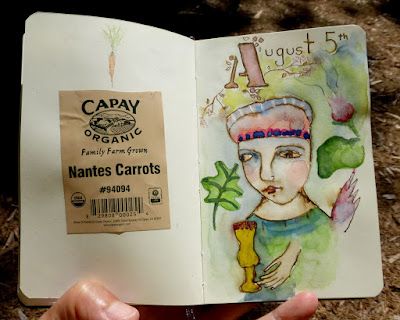 in my 'daily book' i've done a lot of ink and watercolor paintings. 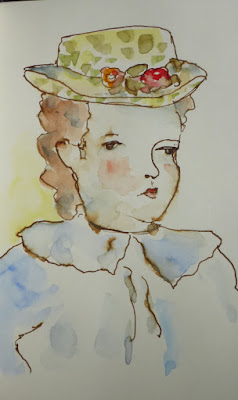 this is j. herbin's 'lie de thé' ink.  because it's not waterproof it bleeds into the watercolors beautifully. a couple of days ago i looked back at these pages and thought about how much even a tiny bit tells about a particular day.  it's easy to think that you have to make each page complex - or at least something that takes more than a few minutes.   but no... 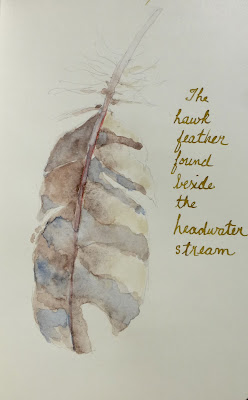 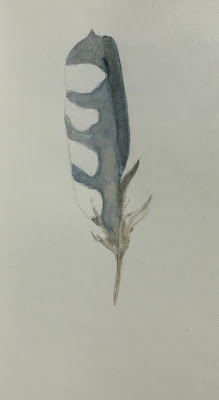 i used paynes grey and van dyke brown for these feathers.  i love them together. 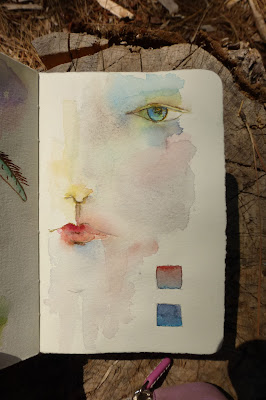 the other book that i've been painting in is one that i made with arches text wove.  it's a beautiful 100% cotton paper that's widely available in sheets.  it's quite thin, but hardy.  nothing bleeds through, but you can see dark images faintly on the back side of the page.  watercolors and ink are a dream on it. calligraphers use it a lot. 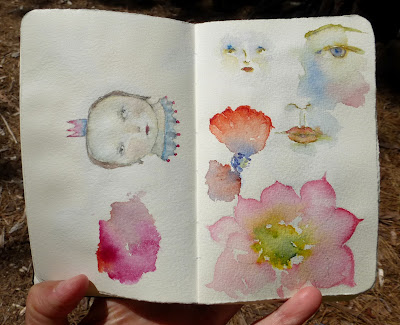 i (mostly) made the book for drawing faces with ink that's leftover in the dip pen when i'm done drawing/writing.  i draw as much of the face as i can before i run out of ink.  but!  i can see that i'm gonna be using it for other things, too.  it's sweeeet paper. 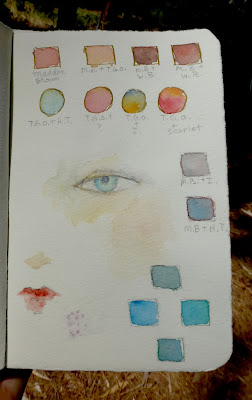 this is a poor pic, but pencil is nice on it too. 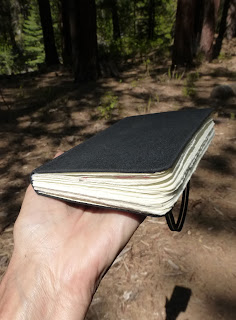 to make the book i followed a link on seth's blog to jose naranja's post about bookbinding.  he takes the paper out of pocket moleskines and puts good paper back inside the cover.  i took the text block/paper out of an unfinished pocket 'handbook' that i had.  it isn't perfect, but it turned out pretty good!  i wouldn't buy a new book just for the cover, but, the 'handbook' was languishing in the closet... 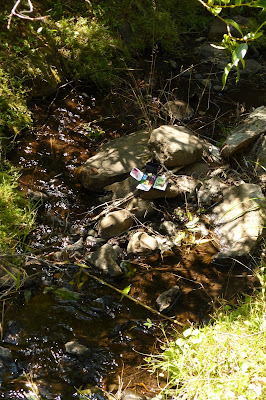 when it hasn't been hot, i've been out walking.  that's the badass paint set sitting on a rock, waiting for me to finish taking pictures. 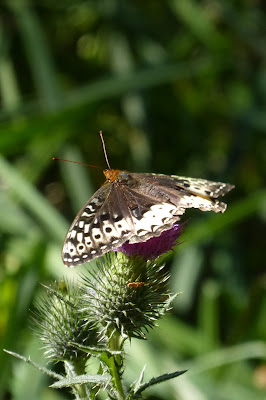 a new butterfly for me - it looks kind of like a yellow swallowtail, but it's not.

instagram...  thanks to the help of lisa graham and kathy dorfer, i've been posting pictures there.  i haven't *totally* figured it out, but sort of.  i'm thinking about doing it instead of blogging.  or not.  i haven't decided.  i don't think i'll do both.

anyway, i'm lynne.hoppe if you're there!

“Occasionally, in times of worry, I’ve longed to be stylish, but on second thought I say no—just let me be myself—and express rough, yet true things with rough workmanship.”